The occurrence of the bitcoin halving 2020 is planned from the construction of the platform, according to its developers this mechanism that occurs every four years guarantees that the maximum number of coins that can be issued is not reached before the established, if they are not taken Measures to reduce the reward for mining and lower the number of blocks, these would be reaching the maximum number much earlier than expected. 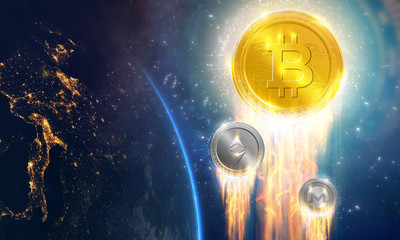 Its developers defend the measure and justify its application in maintaining the circulation and issuance of the currency for much longer, they also defend that it is a beneficial measure as demonstrated in the previous two that occurred in 2012 and 2016, which according to detractors The developers have not taken into account those external variables that can affect the result of bitcoin halving.
Many expect that as the previous years have passed, the price of the digital currency will project upward, a moderate but sustained rise, those who oppose the event do so thinking of the miners who, seeing their reward diminished, end up abandoning mining by not seeing it as a profitable activity.
The possibilities are open and given the proximity of bitcoin halving 2020, both favorable and unfavorable opinions increase, staying informed and making decisions may not be easy, so it is convenient to consult what the experts consider the best reviews of the matter, this includes the expert opinion and projections of each connoisseur.
Given the uncertainty, the markets begin to move even before the event, so both those who are engaged in mining and those who buy and sell bitcoin are going through a certain turmoil in the markets, evaluating possible scenarios based on real and reliable information is the only way to make conscious and effective decisions.
Without a doubt, the market for bitcoins and all crypto assets is a market for entrepreneurs and daring people and companies, who dare to take risks and do things differently, only time will tell what will happen in May 2020.